How to Install Kodi on Ubuntu-Based Linux Distributions

If you are a fan of TV, the chances are you won’t find a more useful app than Kodi. You might know this media player as XBMC, which is its former name. The software is open-source, completely free, and available across multiple platforms.

Kodi has numerous features, including playing and streaming various media like TV channels, music, podcasts, and other videos.

Users can completely adjust the app to their preference with many skins and add-ons available in both official and unofficial repositories.

Before you can start customizing, you need to learn how to install Kodi on Ubuntu. The guide you are reading will also work on any Ubuntu-based Linux distro, including Elementary OS, Linux Mint, and Kubuntu.

What Do You Need to Install Kodi on Ubuntu?

The only thing you need is to start your terminal and make sure to be logged in as a user that has super-user privileges. Everything else will be explained during the tutorial process.

How to Install Kodi on Ubuntu

You can find Kodi in the official Ubuntu repository. However, they may be a little late with updating the software to the latest version. If you want to ensure that you have the newest update installed, we suggest using Kodi repositories. It may take a bit more time, but it will be worth it because you will have the latest version of the software.

Next, we want to make sure that we have all the necessary dependencies installed. Use the following line to check that:

The next step is to add the official repository used by the Kodi developers. You can do that with this command:

The command for installing Kodi is now the following line:

You will notice that the installation process will finish in a matter of seconds or minutes, and that depends solely on your machine.

How to Update Kodi

If you notice that the developers released a new version of the program, use the command line to enter the following:

That will update the package list and upgrade Kodi to the latest version. Alternatively, you can also update via the Software Update tool of your Ubuntu distro.

How to Start Using Kodi on Ubuntu

Now that you have Kodi installed, you can run it by heading to activities and choosing the corresponding app. Alternatively, you can use the terminal and type “kodi” in the command line. Execute the command by pressing enter and Kodi will run.

At first glance, the program looks like any other media player. Go ahead and explore the available options when it comes to customization. You can add media libraries and add-ons to be able to watch TV channels from all over the world.

When you are done using Kodi, you can turn it off either by pressing CTRL+END or by using the turn off icon in the upper left part of the screen.

How to Uninstall Kodi

If Kodi isn’t your cup of tea for any reason, here is the command you can use to uninstall it:

Since you do not need it anymore, consider removing the configuration folder, too:

Kodi is a handy and reliable media player. It allows you to stream your favorite videos from the internet, as well as watch TV channels from around the world, although you need to configure it properly for that feature. Kodi is free, and there is no reason not to give it a chance to see why it is one of the most popular media players in the Linux world.

A Simple Guide on Using Tmux

After tinkering with computers from a young age, I've spent my high school years reviewing every piece of software and hardware I could get my hands on. Now I have set my course on exploring the vast Linux universe in order to help users that feel intimated by this wonderful yet somehow complicated family of operating systems.

Scripting
What You Need to Know about the Bash Function
Thomas Hyde, 3 years ago 5 min read 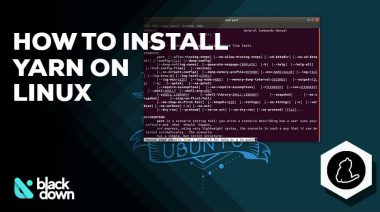 Tutorials
Step by Step Instructions on How to Install Yarn on Ubuntu
Thomas Hyde, 3 years ago 4 min read 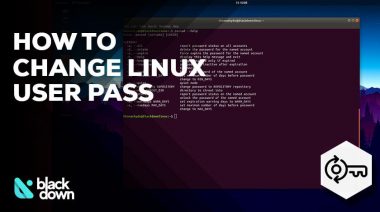 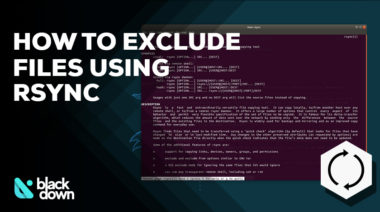 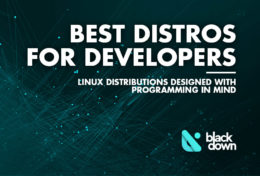 Best Linux Distros for Developers and Programmers as of 2021

Linux might not be the preferred operating system of most regular users, but it’s definitely the go-to choice for the majority of developers and programmers. While other operating systems can also get the job done pretty well, Linux is a more specialized OS that was…

Top 10 Best and Most Accessible Linux Distros for Beginners

How to Install Pip on Ubuntu Linux

If you are a fan of using Python programming language, you can make your life easier by using Python Pip. It is a package management utility that allows you to install and manage Python software packages easily. Ubuntu doesn’t come with pre-installed Pip, but here…

How to Install Android Studio on Ubuntu

How to Install WordPress with Nginx on Ubuntu

We use cookies to ensure that we give you the best experience on our website. If you continue to use this site we will assume that you are happy with it. Privacy policyOkNo
You can revoke your consent any time using the Revoke consent button.Revoke cookies